Home » About Us » Our Governors

Yarm School is privileged to have a board of Governors consisting of dedicated professionals who all have a passion for the school. Many have had children at the School, previously worked here or are former pupils. The Governors provide strategic vision and leadership as well as sitting on a number of sub committees which include: Education, Finance, Compliance and HR.

Any correspondence with the Board of Governors should be addressed to the Chairman of Governors, Mr M Thompson, and sent to the school address. It will then be forwarded to him from the school office. Yarm School, The Friarage, Yarm, Stockton-on-Tees. TS15 9EJ.

Mr Mark Thompson (Chairman of Governors) was appointed as governor in 2002. He is a Former Pupil having been a member of the first Sixth Form at Yarm between 1980 and 1982!

After reading Law at University Mark trained as a barrister before embarking upon a career in corporate finance and qualifying as an accountant, firstly with Coopers & Lybrand in London (now PwC), then going on to hold senior positions at United Biscuits plc, Amersham International plc, Andersen Consulting (now Accenture) and Getty Images Inc.

Since 2000 he has been President and Chief Executive of a group of software companies based in the UK and North America which he founded.

Mrs Ruth Langford (Vice-Chair of Governors) Ruth was appointed as a governor in 2013 and is the nominated governor for Child Protection & Safeguarding. In addition to being the current Vice-Chair of Governors, she is also Chair of the Compliance Committee and attends as many other Committee meetings as her diary will permit. Ruth’s association with Yarm School stretches back to 2001 when she moved to the area, and has three children who were past pupils of Yarm School. Ruth is a former Chair of the parents’ social committees for both the Preparatory and Senior Schools.

Ruth is a recently retired dental surgeon, having qualified from Birmingham University in 1982. Most of her working life has been spent in the field of orthodontics and she has worked in specialist practice and hospital departments. She spent her last 5 years in the orthodontic departments of 2 local hospitals.

Mrs Femi Ajekigbe was appointed as governor in 2013 and is the deputy nominated governor for Child Protection & Safeguarding. She routinely attends the Finance & General Purposes, Education, Salaries and Compliance committees.

Femi graduated with BSc Hons in Biochemistry at the University of Ibadan, Nigeria, subsequently gaining a PGCE at Newcastle University, a Masters in Educational Management (M.Ed), Post Graduate Diploma in SEN, Post Graduate Diploma in Autism and an NPQH. She is an experienced Chemistry and Mathematics teacher and more recently was a Deputy Headteacher at a local special school. Femi is a published author on the subject of autism.

Femi’s husband is a Consultant at a local NHS Trust, and both their sons were educated at Yarm School.

Dr Shazia Akowuah was appointed as a governor in 2019. She was educated at Clitheroe Royal Grammar School in Lancashire and studied medicine at Sheffield University. She works as a GP in Middlesbrough with a passion for education. She was awarded a Masters in Medical Education from the University of Sheffield and has spent many years teaching medical students and GP trainees. Shazia is committed to promoting equality and diversity within education.

Mr Paul Barron has two sons who are pupils at Yarm School. Paul has a Masters degree in Business Administration from Durham University and mentors MBA students for the University’s Business School. Previously, Paul worked as a Director and Managing Director in asset finance and professional services.

He is currently Managing Director of Barron Williams Limited and a Director of the Open North Foundation. Previously, he served for three years as Chair of the Institute of Directors for Tees Valley and as a regional committee member for the North East region of the Institute of Directors and the Tees Valley region of the North East Chamber of Commerce.

Paul has also previously served as a board member for the Finance & Leasing Association’s Asset Finance Committee and as an elected Governor of Heighington Primary School.

Dr Paul Chapman was appointed as a governor in 2015, and is currently Chair of the Education Committee and a member of the Compliance Committee.

He was Director of Studies at Yarm School between 2003 and 2011 and subsequently Senior Master until his retirement in 2015. Paul played a major role in establishing training courses for Heads of Department in independent schools across the North East region and was instrumental in improving the Outdoor Education programme at Yarm.

Paul studied History and took his PhD and a PGCE at Cambridge University. He began his career teaching History at Queen Elizabeth School, Wakefield, in 1984 and in his time there introduced A Level Politics as one of the first co-educational Sixth Form Courses. In 1990 he moved to Colfe’s School, in London, as Head of History and Politics, until 1996 when he joined the Royal Hospital School, in Suffolk, first as Assistant Director of Studies and then as Head of Sixth Form. For many years he wrote regular contributions to the GCSE History magazine, ‘Hindsight’, and he contributed several entries to the Oxford New Dictionary of National Biography.

Paul is using his retirement to travel extensively but his home remains near Stokesley.

Mr Chris De Jong is a former pupil of Pocklington School and a graduate of St Andrews University where he studied Modern Languages (French and German). Chris also has an MBA from Durham University.

Chris worked for 18 years in a number of commercial roles for ICI, including many years in overseas postings. For the last 18 years, he has worked as a management consultant.

Chris has two children who are past pupils of Yarm School and has been associated with the school since 2003.

Dr Penny Jones was appointed governor in 2015 and sits on the Compliance and Salaries Committees. Penny was formerly Chair of Governors at a local Comprehensive School and has six grown up children.

Penny studied geography at Cambridge University and University of British Columbia, Canada. She then qualified as a chartered accountant with Price Waterhouse Coopers. After several years working as an auditor and management consultant, she joined the Civil Service, spending 12 years as the senior civil servant responsible for independent school policy and regulation. She now runs a small family property company.

Mrs Lynn Longstaff was appointed as governor in 2016 and is the nominated governor for Prep School and EYFS matters.

After ten years experience as Head Teacher of a large Community Primary School in central Middlesbrough, Lynn is currently a Member and Trustee of The Legacy Learning Trust. She has also worked as an Educational Consultant for the Middlesbrough Achievement Partnership. Lynn recently retired as a PiXL (Partners in Excellence) Associate. During her time as an Associate, she worked with a number of schools in the Northeast offering support and guidance to school leaders to raise standards.

Lynn sits on the Education Committee.

Mr Ian Lovat was appointed a governor in 2016 and is the nominated governor for Health & Safety matters at Yarm School. As an experienced teacher and former member of Senior Management, he sits on the Compliance and Education Committees, as well as routinely attending the H&S Committee as an observer.

He studied Physics and Applied Physics at Nottingham University before moving to Cambridge to complete a PGCE. He retired after nineteen years as Director of Studies at Ampleforth College where his roles included all aspects of curriculum planning, monitoring and staffing. Before that he was Director of Science and Technology at Ampleforth and previously Head of Physics at Malvern College in Worcestershire. Ian was a trained ISI team inspector for about twenty years.

Ian is an author of both GCSE and A level Physics revision guides and a winner of the Institute of Physics outstanding teacher award in 2000. He is a team leader for Physics for the Independent Schools Examination Board. Ian is the chair of governors for a local primary academy and has two grown up children.

Mr Kevin Shotton was appointed as governor in 2017. As an accountant, he is chairman of the Finance & General Purposes Committee. Kevin is currently an audit and advisory partner with Clive Owen LLP and has extensive experience of working with schools.

He graduated from Durham University in 2002 in accountancy and law. He qualified as a chartered accountant in 2005, having won a number of local prizes, and a national prize on his taxation paper. He subsequently moved to Ernst and Young LLP in 2006 and worked with some of the largest public listed companies in the North East. Kevin became an Audit Director at Clive Owen in 2012 and was promoted to Partner in 2015. His current specialisms include the education sector, working closely with over 20 academies and independent schools.

Mr Alexander Turner was appointed as a governor in 2013 and is a member of the Compliance Committee.

He is a Fellow of the European Academy of Paediatric Urologists and currently works in Leeds as a Consultant Paediatric Urologist. His interests include genital reconstruction for disorders of sexual differentiation, bladder and kidney surgery and minimally invasive techniques utilising the Da Vinci Robotic device.

He is alumnus of Bolton School, and remains involved with the Rank Foundation, which provided a scholarship for him during his time at Bolton. 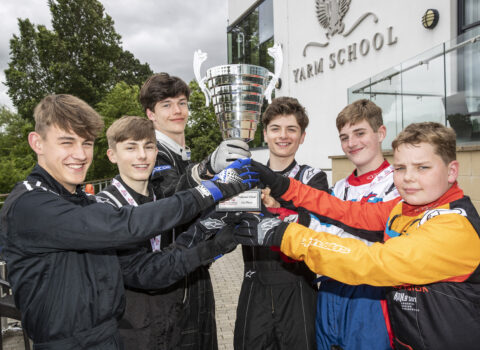 Three students from Yarm School have channelled their inner Max Verstappens and Lewis Hamiltons by winning the National Final of the British Schools Karting Championship (BSKC) in Warrington. Speedy students... 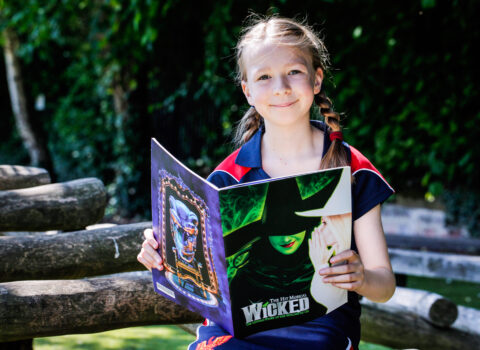 A nine-year-old Yarm Prep School pupil with a passion for poetry has been recognised twice in a national writing competition, established by the long running West End musical, Wicked. Alexandra... 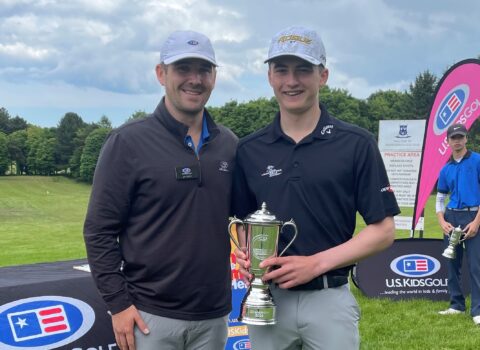 A Yarm School student has qualified to play in the World Teen Golf Championships in America in 2023 after being a winner in Europe’s premier junior tournament. Ben Cordwell-Smith, 16,... 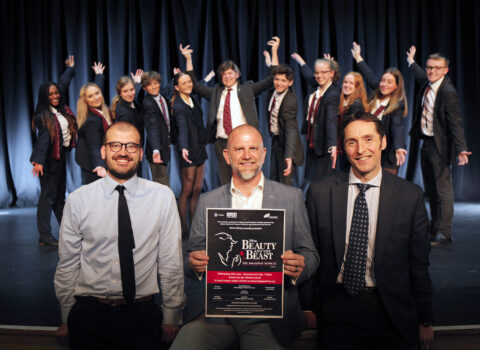 Yarm School students will be swapping hockey for harmonies and chemistry for choreography as they tread the boards in their latest musical production, Disney’s Beauty and the Beast. To buy... 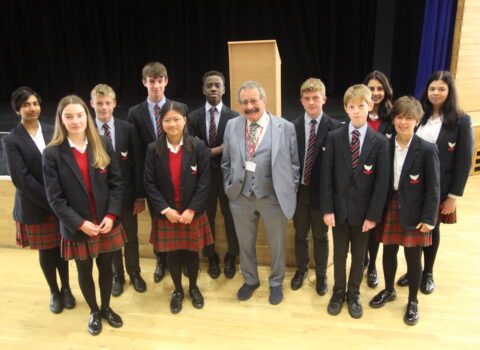 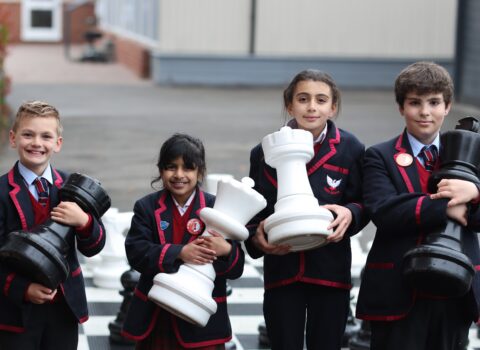 Yarm Prep School pupils have established themselves as under-9 chess champions for the first time since 2003. The team, comprising captain Miles Page, Can Sezen, Kaira Nalawade and Lolwa Soliman,...

Beauty and the Beast: The Musical

Whole School Open Morning - Sat 24th Sept, 9am-12 noon Discover the happy and fulfulling experience we offer for pupils from Nursery to Sixth Form and explore our superb facilities for yourself.