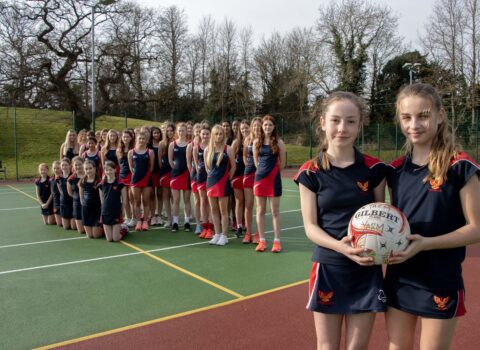 Yarm School is celebrating as its Under 12, Under 14, Under 16 and Under 19 Netball teams have all qualified for the National Finals of two prestigious competitions.

Three of the squads achieved success in the England Netball National Schools Competition at County level in October, and, in the last weekend of January, competed in the Regional Finals in Newcastle. Being one of the top two teams in each age group means they will now represent the North East at the National Finals, which take place in Peterborough in March 2022.

The Under 12 team competed in the School Sports Magazine Netball Cup and secured a coveted place in the finals which will take place in Hertfordshire on March 23.

Netball continues to go from strength to strength at Yarm, and its squads are also competing in the late stages of other national competitions.

Captain of the Under 19 netball squad, Alex Webb said: “We are thrilled to be through to the national finals and excited to compete in March. Everyone played so well at the regional finals, and I am proud of our squad and the other teams. All the players and staff have put in a lot of hard work to get there.”

Headmaster Dr Huw Williams said: “I am delighted for the pupils and coaches who have achieved the impressive feat of representing the North East at the national finals.

“All four teams deserve to be commended for their hard work and dedication to training and playing fixtures for the School. The teamwork and discipline involved epitomises our approach to sport and I am very proud of the girls’ efforts.