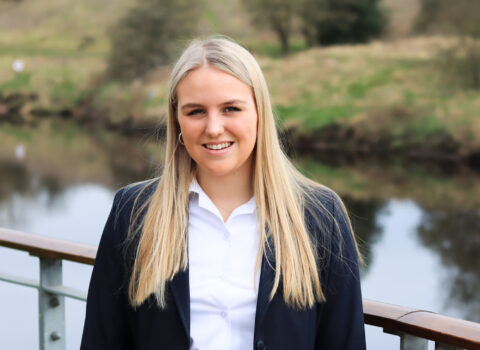 One of our Upper Sixth Form students, Faye Rogers, has set her sights on the Tokyo Olympics later this year after qualifying for the British Swimming Selection Trials.

Faye will take part in the trials at the Queen Elizabeth Olympic Park Aquatics Centre in London between Wednesday, 14th – Sunday, 18th April. Faye is currently placed 4th nationally for her category in the 200m butterfly and the top two swimmers overall will be selected for the Summer Olympics this year.

Always confident in the water, Faye learned to swim at the age of 5 and has since competed in many swim meets across the country including British Swimming Championships, Edinburgh International Meet and Commonwealth Trials.

Faye said: “I am honoured to be swimming in the British Swimming Selection Trials! Only the fastest swimmers are able to trial, and I am thrilled to be one of the lucky few able to compete. To one day qualify, and swim in the Olympics for my country would be such a privilege and I am so excited to get to London and showcase my skills.”

Huw Williams, Headmaster at Yarm School, said: “Faye should be incredibly proud of herself, being invited to the British Swimming Selection Trials is a tremendous achievement that represents hours of dedicated training over many years. All of us at Yarm wish Faye the very best of luck. It’s wonderful to see many of our students following in the footsteps of Yarm School alumni such as Kat Copeland and aiming to represent their country in their chosen sports. We are full of admiration for their ambition and commitment, and aim to support and develop all of our pupils towards their goals.”