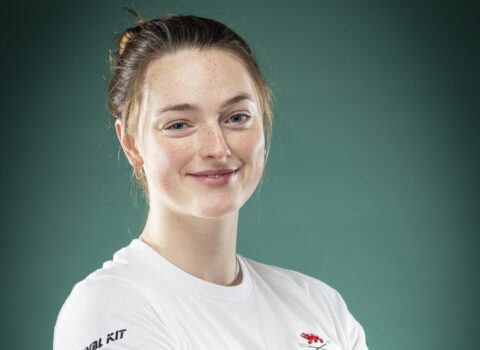 Former Yarm School pupil Sarah Portsmouth has been selected for the Cambridge boat race team for the third consecutive year.

Last year she helped the University to victory in the close-run Gemini Women’s Boat Race, which was clinched by less than a length.

Sarah, who was Vice Captain during her time at the School, competed for Great Britain in the under 18 women’s eight and pair at the Coupe de la Jeunesse in 2018, where she won a gold and bronze medal respectively. In the same year she gained a place at Newnham College, Cambridge to read Architecture. She has since been chosen as a Cambridge crew member three times, although the 2020 race was cancelled due to Covid. This year’s Boat Race takes place on Sunday April 3.

Yarm School has forged a proud tradition of helping shape rowers including Kat Copeland, who became an Olympic champion at the London 2012 Olympics.
Since 2000, six Yarm students have represented their country at either full or under 23 level and a further nine at under 18. Last year two former pupils, Sarah and Katie Anderson, went head to head competing in the Boat Race.

The annual Boat Races, between teams from Oxford and Cambridge Universities, are returning to the Thames in London after two years of disruption caused by the COVID-19 pandemic.

Organisers have confirmed the event, which was cancelled in 2020 before it was moved to Ely last year, will be held in front of spectators for the first time since 2019.
Sarah Portsmouth said: “It is an incredible privilege to be selected for the third time in a row to represent my university in this prestigious rowing competition. It is an experience that doesn’t get easier year on year but being part of the 2021 winning team is one of my favourite experiences. I am so grateful for all the support I received and continue to receive from Yarm, it really set me up so well for the transition to rowing at Cambridge.

“It is a fantastic opportunity to row in a boat of this calibre, we have three Olympians in the boat this year. I am excited to compete in front of a crowd this year following the Boat Races being cancelled in 2020 and then taking place without any spectators last year due to the pandemic.

“I, along with my fellow teammates, work really hard juggling rigorous training schedules with the demands of studying for a degree, and we are determined to secure a win for Cambridge for a second year running.”

Headmaster Huw Williams said: “It is a fantastic achievement by Sarah to be chosen to compete yet again in one of the most famous rowing races in the world.
“Yarm School is proud of its reputation for coaching rowing stars of the future and of its investment in its students’ sporting prowess and first-class facilities including the boat house.

“We wish Sarah the very best for the race and will be cheering her on.”

Andy Guest, Master in charge of rowing at Yarm School, said: “It has been an honour to train talented students, like Sarah, and to follow their progress as they have gone on to make their mark at the highest level in this sporting arena.

“It is an outstanding achievement by Sarah to be chosen to represent her university at the Boat Race for a third time. I can’t wait to watch her in action on April 3 when, I am sure, there will be a fantastic atmosphere with spectators once again being allowed to line the riverbanks.”

The race typically attracts about 250,000 spectators, who line the banks of the river to watch the action. In addition, it is watched by a five-million strong television audience
The 2021 event was the first staged outside of London for more than 60 years.