Former pupil, William Kay, has taken on two career changes and having played professional rugby for a number of years, is now working for one of the leading law firms as a construction lawyer.

Bill joined was among the first cohort of children to join the Prep School when it first opened at just aged 7 and continued right through the Senior School to Sixth Form, leaving Yarm in 2002 with A Levels in History, English, Psychology and General Studies. During his time in Sixth Form, Bill was signed by the Newcastle Falcons of the then Zurich Premiership and made the decision to pursue rugby professionally after Yarm.

After representing Wales twelve times up to U21 level and playing away against countless European teams for Border Reivers, Bill decided to go back to his studies and pursued a career in electrical contracting, as well as teaching. Later, Bill enrolled at university to study law and is now working at a leading firm in Leeds.

Q. When did you first consider pursuing rugby professionally and why?

My dad played rugby at school and university so the sport has always been a part of my life. I took to it whilst I was at the Prep School, playing hooker from the get-go, immediately enchanted by the rough and tumble, the comradeship and the sport’s competitive nature. So much so, I continued with enthusiasm for the game right through my school career and beyond. 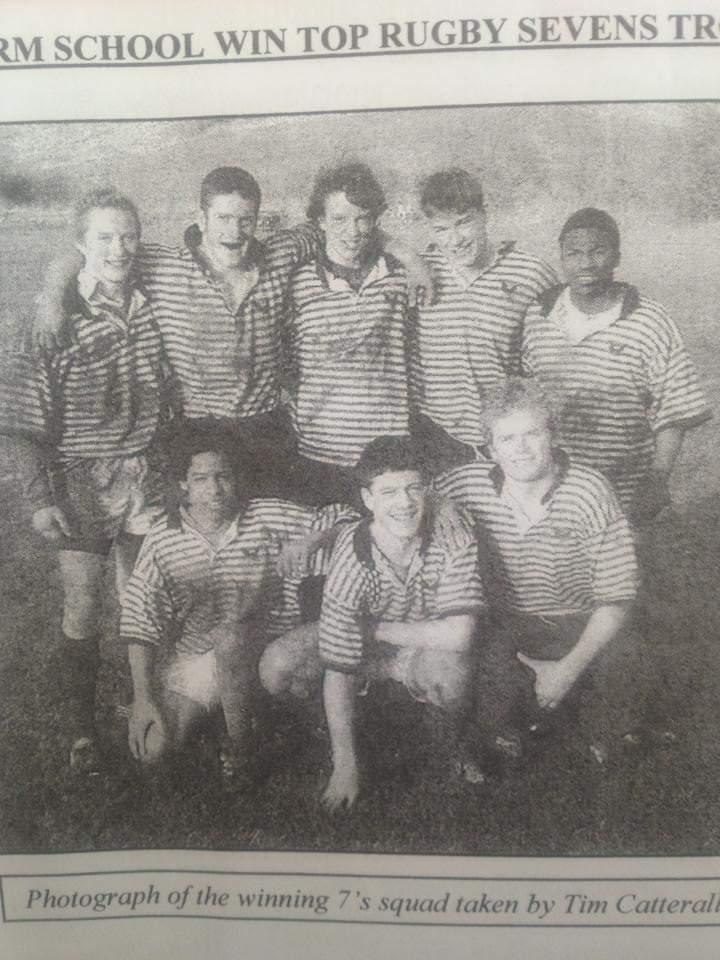 One of my favourite memories of playing rugby for Yarm was the win against Ampleforth College, on their home ground, in the final of the School Sevens Competition – what a game!

Around the time I started Sixth Form, I captained Durham Schools and played for the North of England. Following a game for the North against a Wales A team, I bumped into the Welsh coach and we got to talking; he told me he thought I had a good game and asked if I had any Welsh family connections, which I do. I ended up representing Wales twelve times up to U21 level which included playing at the U21 World Cup.

I signed to the Newcastle Falcons whilst I was in Sixth Form and within a year of leaving Yarm, made my Premiership debut against Saracens.

After a few seasons with the Falcons, I joined the Border Reivers – a professional team based at Galashiels in Scotland that played in the Celtic League. During this time I got to play away against European competition which was a definite highlight of my career.

The television rights for the coverage of the Border Reivers matches dictated that our home games were almost always played on a Friday night rather than a Saturday afternoon, therefore every other week we were only expected to train and play Monday – Friday. Having a free weekend every other week is a luxury in professional sport and one I thoroughly enjoyed.

Q. What made you decide to set up your own electrical installation business?

I was conscious that if my rugby career ended prematurely as a result of injury, I had nothing to fall back on. I therefore made the decision to have a second career to supplement my rugby income and offer my wife and I more security in the future.

I have always been quite handy and I studied Design Technology at GCSE, so I signed up for a crash course in electrical installation. Afterwards, I bought myself a van and started trading as Willpower Electrics Limited. I also made the decision to lower my sights regarding rugby, playing for Halifax, then Otley, then Darlington and then Hull on a semi-professional basis.

It was during this time that I experienced one of my most cherished moments in rugby: playing for the Yorkshire team that won the County Championship final against Devon at Twickenham.

I also started teaching Electrotechnical Technology part-time at the Leeds College of Building, where I also succeeded in obtaining a teaching qualification.

Q. Why did you choose to go back to university?

Having suffered three bad injuries (a broken eye socket, a broken leg and ligament damage to my knee), I decided it was time to hang up my boots and look for a new challenge. And whilst I was enjoying having my own business and teaching on the side, I wanted to take the leap and pursue something I was more interested in: law.

I really did go back to basics; I gave up my jobs, enrolled with BPP University and started studying law. I knew it would take me at least five years to become a solicitor and believe me, it was hard, but now I am working for a top legal firm in Leeds as a Construction Lawyer (which is helped by my experiences running my own electrical contracting company). I am thoroughly enjoying my new career and I am thrilled that I took the leap to follow a new path.